Power chords technically aren’t chords at all. The most basic type of chords (known as a triads) need at least three different notes interracting together. Power chords usually just consist of two notes.

Here’s a Root 6 version of a power chord (finding our tonic or Root on the 6th string): 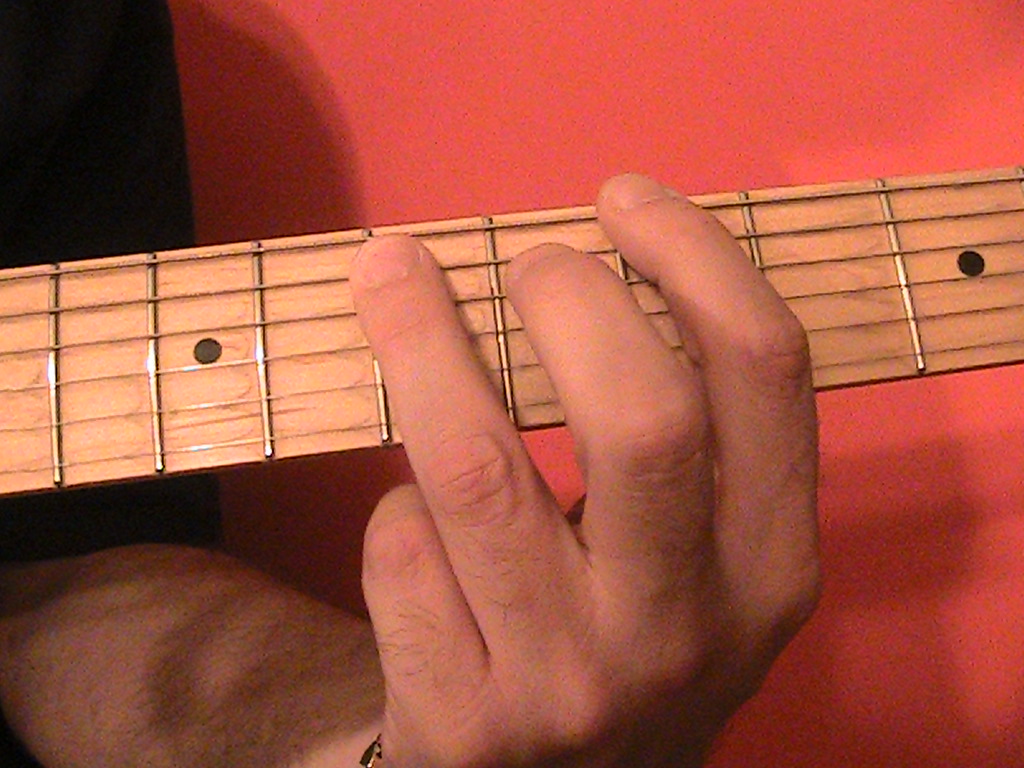 Here’s a Root 5 version of a power chord (finding our tonic/Root on the 5th string).*Remember not to strike the Low E string when you play this chord! 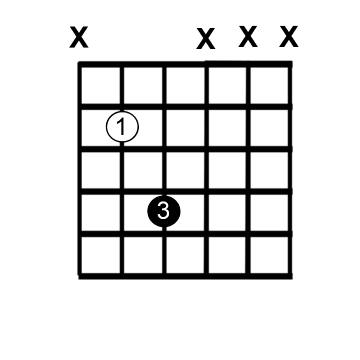 Even if you add another note with your 3rd finger, you’re not playing a full three note chord; you’re just adding the octave. There are 3 strings ringing, but only two different notes. (The white circles indicate the same note-in this case, the octave.) 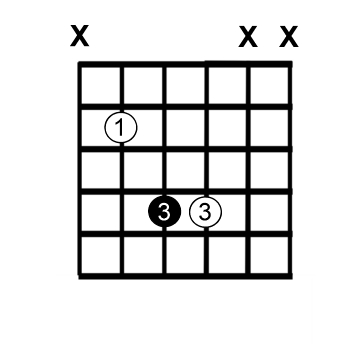 Power chords are primitive, but useful. The note that we are missing (the 3rd of the chord) is important because it defines the type of chord. With that note missing, the Power chord is ambiguous, and can be used in lieu of either a Major OR Minor chord.

The Power chord only contains two notes- the root/tonic, and the fifth note from the tonic’s Major scale.

The red numbers indicate the power chord shape. Be sure to use your index for the tonic and your ring finger for the 5th of the chord. *You’ll often see Power chords designated as C5, E5, G5, etc. This reminds you to play the root and 5th of the chord only. Remember that the Power chord is just another shape/last name. We know that we can play this shape on all 12 notes, so there will be a total of 12 Power chords available.

Tuning a Guitar to Itself